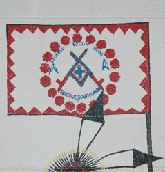 In 2014, TransCanada, Inc., a company that develops and builds oil delivery pipelines, announced it would construct a pipeline from the tar sands fields in Alberta, Canada, to Steele City, Nebraska, and then on to Texas. The pipeline’s path would go directly through traditional land that is guaranteed to the Great Sioux Nation in the Fort Laramie Treaty of 1851 and Fort Laramie Treaty of 1868. The pipeline would endanger the Ogallala Aquifer, which supplies water to millions of citizens, both Natives and non-Natives, who live in that area. This pipeline will also damage and destroy Sicangu sacred and burial sites. During his term in office, President Obama agreed with these grave concerns and ultimately refused to grant TransCanada the necessary permits that allow the construction to be completed. The election of President Trump changed all of that. TransCanada, through Trump’s Presidential Memorandum, has now been given a presidential permit to cross the international border between Canada and the US. The State of Nebraska has removed the last governmental blockade to the pipeline and granted TransCanada a permit for its construction through its boundaries. According to William Kindle, former President of the Rosebud Sioux Tribe, the Rosebud Lakota people (Sicangu Oyate) have an inherent obligation to protect the health and well-being of its members as well as the health and welfare of Unci Maka (mother earth). The land, the water, the air and the Lakota people are one and the same. They are and always have been relatives to one another.

Origins of the Sicangu (Lakota) People

To say the Lakota, the land, the air, and the water are relatives to one another is more than metaphor. The Lakota creation stories that have been handed down verbatim since time immemorial confirm this. It is fact.

When the earth was still new, the people lived below its surface. Through the urging of the spirits, the people were convinced to go to the surface and make a new home there. It was a beautiful land filled with all the resources the people needed to survive—good land, clean water, and clean air. It was also the home of the crawling, the plants, the animals, and the winged. They were instructed to treat each other as relatives. The place where they emerged is now called Wind Cave, a place in the sacred Black Hills. It was those old ones that ventured to the surface who became the founders of the Oceti Sacowin—Seven Council Fires. The people were admonished by the Creator to live in harmony with the new land, water, and air and to be good relatives to everything that lived and grew on the earth. If they did as instructed, the coming generations would grow, live healthy, and thrive. If they did not, the world would be destroyed and made an ugly place to live.

It is because of this, the people of the Rosebud Sioux Tribe have declared their opposition to the construction of the Keystone XL pipeline on these sacred lands. On November 20, 2017, in an open letter, former President Kindle, responded to the Nebraska Utilities Commission’s decision to authorize the construction of the TransCanada Keystone XL Pipeline to approve pipeline construction in their treaty territory without consulting tribal nations or obtaining tribal consent. The Tribe’s position is clearly stated: “The Oceti Sakowin and the Rosebud Sioux Tribe have lived up to their obligations under the 1851 and 1868 Treaties of Fort Laramie. The land, water, air, tribal sovereignty, and governmental services were not ‘given’ to us in those treaties, they were bargained for with the blood of our ancestors. We will not dishonor our relatives and unnecessarily endanger our health, our safety, and/or our well-being. The Rosebud Sioux Tribe will take any and all necessary steps, up to and including litigation, to protect our people, our land and water, and our cultural and historic resources.”

The Native American Rights Fund will stand with the Rosebud Sioux Tribe to fight this illegal intrusion. Please consider doing the same. The right to unpolluted land, clean water, and breathable air is a human right. Help us fight for it.