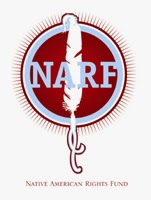 Today the United States Supreme Court rejected the State of Alaska’s petition for certiorari review of the Ninth Circuit’s decision upholding the 1999 Final Rules promulgated by the Secretary of the Interior and the Secretary of Agriculture to implement part of the Alaska National Interest Lands Conservation Act concerning subsistence fishing and hunting rights on federal waters in State v. Norton, 3:05-cv-00006-HRH consolidated with Katie John v. United States of America, 3:05-cv-00158-HRH.

The Court’s rejection of the State’s appeal marks the end to nearly 27 years of litigation by the Native American Rights Fund on behalf of Ahtna elder, Katie John of Mentasta.  The Katie John cases, more than any other subsistence cases, exemplify the contentious battle waged between federal, tribal and state interests over jurisdiction of Alaska Native subsistence fishing rights (go to NARF website for full story of Katie John litigation and a Katie John profile).

In Alaska v. Babbitt, 72 F.3d 698 (9th Cir. 1995) (“Katie John I“), NARF established that in enacting ANILCA, Congress intended to protect subsistence fishing when withdrawing public lands in Alaska, and ANILCA’s subsistence priority applies to those navigable waters in which the United States owns so called “reserved water rights,” or about 60% of Alaska’s inland waters.

In January 1999 the federal government issued its regulations identifying the waters in Alaska which fall under federal management.  Before the regulations became effective, the State of Alaska petitioned the Ninth Circuit Court of Appeals to hear the case en banc.  The Court agreed to have 11 judges hear the State’s en banc appeal.  After briefing and oral argument, the Court of Appeals reaffirmed its earlier ruling and stated that “the [1995] judgment rendered by the prior panel and adopted by the district court should not be disturbed or altered by the en banc court.”  247 F.3d 1032 (9th Cir. 2001) (Katie John II).

In 2005, the State of Alaska filed another lawsuit challenging the federal agency final rule implementing Katie John I.  Representing Katie John again, NARF brought a counter law suit and argued that the regulations did not go far enough but should have extended to Alaska Native allotments and upstream and downstream waters. (Katie John III).  In July 2013, the Ninth Circuit ruled in favor of the federal government and held that the Secretaries appropriately used notice-and-comment rulemaking, rather than adjudication, to identify those waters that are “public lands” for the purpose of determining the scope of the Act’s rural subsistence policy.  The panel concluded that, in the 1999 Rules, the Secretaries applied Katie John Iand the federal reserved water rights doctrine in a principled manner. The panel held that it was reasonable for the Secretaries to decide that: the “public lands” subject to the Act’s rural subsistence priority included the waters within and adjacent to federal reservations; and reserved water rights for Alaska Native Settlement allotments were best determined on a case-by-case basis.  Alaska v. Jewell, 720 F.3d 1214 (9th Cir. 2013) (Katie John III).

Unfortunately, Katie John did not live long enough to see the completion of the litigation as she passed away at age 97 in the summer of 2013.  Katie’s granddaughter, Kathryn Martin, expressed relief that the ruling would stand and stated, “Praise the Lord, my grandma can rest in peace.”

Any questions can be directed to attorney Heather Kendall-Miller at (907) 229-0255. For a PDF of this press release, click here.