Because of their close connection to the natural world, indigenous peoples are among those most affected by climate change, despite their negligible carbon footprint.  Recognizing that indigenous homelands and ways of life are threatened by climate change, the National Congress of American Indians and the Native American Rights Fund have joined the community of nations in climate change negotiations at the United Nations Framework Convention on Climate Change (UNFCCC).

For the past two weeks, negotiations under the UNFCCC have been taking place in Katowice, Poland, at the 24th Conference of the Parties (COP 24). The Paris Decision, which adopted the Paris Agreement at COP 21, also established a Local Communities and Indigenous Peoples Platform to provide an opening for traditional knowledge to influence climate policy at local, regional, and international levels. While the platform was established at COP 21, the implementation has been incremental. An historic step forward in implementing the platform was taken at COP 24. Working closely with the International Indigenous Forum on Climate Change, the Subsidiary Body for Scientific and Technical Advice established a Facilitative Working Group, which will develop a work plan for the platform. The COP approved the decision on Thursday, December 13.

Ultimately, the platform will institutionalize dialogue between states and indigenous peoples, foster indigenous participation in the discussions on environmental policy, and encourage a holistic response to climate change. According to a statement from the UN: 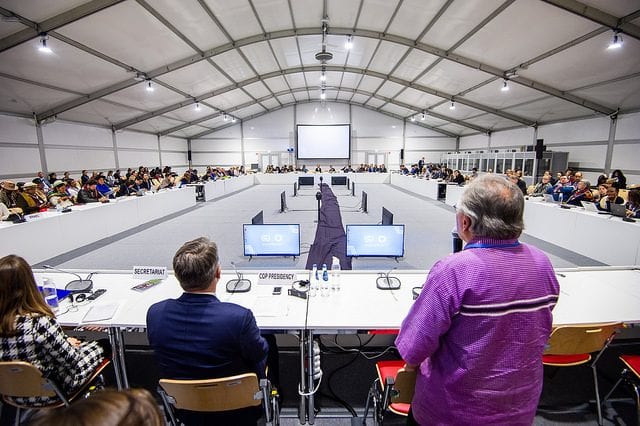