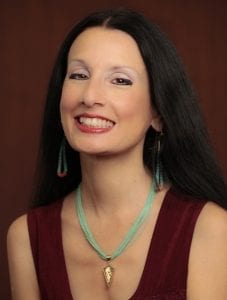 Former NARF Board Member Professor Rebecca Tsosie is Regents Professor of Law at the University of Arizona James E. Rogers College of Law with the Indigenous Peoples Law and Policy Program and Special Advisor to the Vice Provost for Diversity and Inclusion for the University of Arizona. Tsosie’s research interests include tribal self-determination within the U.S. constitutional framework, environmental justice for tribal communities, and intellectual property rights to cultural resources. Recently, we had the chance to talk with Professor Rebecca Tsosie about the latest developments in the area of intellectual property protections and how they are applied to indigenous knowledge.

The international system represents the interests of the nation-states, and the World Intellectual Property Organization is a global institution within the UN system where all of the nation-states can come together and ask questions like, what do we need to do to protect intellectual property?  Intellectual property is defined, collectively, within the categories that have come out of standard legal frameworks. So, copyright laws protect works of authorship – songs and stories, plays, that kind of thing.  Works of authorship are copyrighted. Scientific technology and innovation is protected by patents. And, trademark is the way that businesses protect their commercial interests, like the goodwill that attaches to a company name, a company logo, that type of thing. Those are the standard frameworks of intellectual property.

With respect to indigenous peoples, it’s different. Indigenous songs, for example, can be very ancient, collective, from tribal tradition. They’re not works of individual authorship, so they don’t really fit into copyright law.  They certainly aren’t patentable or trademark capable. So, what do we do with that? The negotiations around this category, which is being described as a “traditional cultural expression,” represent the effort of the nation-states to recognize that we have to look at indigenous and local cultural communities, as well as the way that they look at their songs and stories, to figure out if there is something that should be protected.  Because, if not, the default rule within the intellectual property system is that anything that is not specifically protected by law—copyright, patent, trademark—is within the public domain.  The public domain is a catch-all of all ideas and expressions from all of humanity over time. It is viewed as a commons where people go for inspiration.  So, if you want to write a play, you go and see what is in the public domain. For example, what did ancient playwrights do, who were they, what were their themes?  And then you craft something.  And, it’s not stealing because that’s old stuff in the public domain.  So, that’s the mentality that we are dealing with.

Why is it important to protect these types of intellectual property?

It is important to realize that indigenous peoples have property interests, even if they don’t fall within the narrow definitions of Western law.  This was a problem in the sixteenth century when the Doctrine of Discovery was applied as an international doctrine to validate the interests of European sovereigns in claiming property in the lands that were described as the “New World.” They said that indigenous peoples don’t really have property rights, they just kind of roam around on the land, and so it’s okay for Europeans to go and appropriate the land and say that they have title. Now that’s what we don’t want to do with intellectual property rights in the modern era.  But, unless we pay attention to what indigenous frameworks are, we won’t understand their claims to what are being framed as their traditional cultural expressions.

Why is that important?  Well, it’s important because indigenous peoples are peoples with a right to “own,” a right to exercise their governance systems, equal to any other people. If we don’t protect their cultural expressions but we do protect those of Western peoples, that’s an unfair system and potentially violates our principle of equality in international human rights law and U.S. domestic law. But, the second reason is because it is exploitive. So, people can go and basically steal indigenous songs and stories, and then they can copyright them.  That happened with a hip-hop group, Outkast, a few years ago, where they were listening to a traditional Navajo song and they thought “well, that’s kind of catchy.” And so they incorporated it in to a rap song, and then they copyrighted their rap song with the traditional Navajo song embedded in that. That’s a taking of something that is not theirs to take, and some of those songs may in fact have a sacred essence, they may have spiritual value, so the harm’s not merely economic, but it can be a cultural form of harm that could be very devastating.

What has happened so far in the WIPO negotiation process?

These negotiations have been ongoing for a couple of decades now, and I think that there was a moment when the WIPO Secretary was saying, we have done enough talking about this stuff, we actually have to nail this down in a treaty. So, there is a definitive time where some treaty will be issued for signature by the international nation-states.  That is going to be the binding accord of how you treat these traditional cultural expressions. There are three treaties under negotiation now. One is for traditional cultural expression. One is on traditional knowledge. And one is on genetic resources.  But they are all looking at the equitable and moral issues of different indigenous and local communities, trying to figure out what are their legal rights.  So, that process is coming to a conclusion.

Over the years, the process has been that the nation-states have the seat at the table. They have standing to actually be at the table and to sign a convention and to ratify it within their domestic structures. Indigenous peoples have a different status. They are observers, they are represented by non-governmental organizations that have the right to weigh-in, but they have to get a nation-state to actually pick up the charge and do something because only the nations-states have the standing to do that in the treaty process. The work that NARF and NCAI are doing is critically important because the United States is a major entity within the structure. If those interests are communicated effectively, that is going to benefit indigenous peoples around the world. It certainly is what needs to happen in terms of the U.S. structure.

What do Native organizations hope to achieve? What are the short-term and long-term goals to protect indigenous and cultural intellectual property?

The long-term goal is to actually have a legal system, and certainly a treaty could do that, that acknowledges two things.  Number one, it acknowledges that indigenous peoples are peoples with a right to self-determination that includes governance rights over all property belonging to the indigenous people. And, number two, it acknowledges that indigenous cultural expressions are a form of intellectual property and that traditional knowledge is a form of intellectual property, but they are collective resources – so not any one individual can give away the rights to those resources. The tribal nations actually own them collectively.

So, the system has to be expanded to take in to account the unique nature of these rights. It’s what we would call in the law a sui generis system.  They are sui generis rights. The rights have to be crafted for the nature of the groups involved. Indigenous peoples in most cases—and there are exceptions—in most cases they don’t have an identity as a nation-state. In the South Pacific, some of those island nations do have independent status as nations now, so they’re fully self-governing as nations and they are indigenous too.  So, I don’t want to globalize and say that none of them are, but certainly in the United States we have 567 federally recognized tribes – none of those have status as a nation-state and a seat at the U.N.