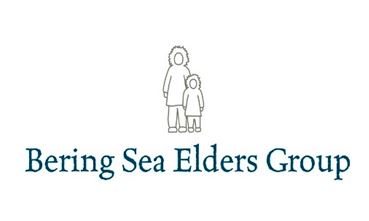 April 28, 2017 — Today President Trump, flanked by Alaska Senators Lisa Murkowski and Dan Sullivan and Representative Don Young, revoked a critically important Executive Order that we, 40 of Alaska’s coastal Tribes, had drafted and advocated for.  Executive Order 13754: Northern Bering Sea Climate Resilience, issued by President Obama on December 9, 2016, was the product of years of tireless work by local Alaskans, Tribes, and nonprofits who—when faced with the devastating effects of climate change and the dramatic increase of large scale shipping right on our front doorstep—sought to create a way for us to have a say in what happens in and to our waters.  The key component of Order 13754 was the creation of the Bering Sea Intergovernmental Tribal Advisory Council.  This Council gave us, local Alaskans who use the waters of the Bering Sea every day, a say in how the federal government managed those waters.

Today, the President took that away, along with all the other key components of the Order, including a provision to include traditional knowledge in federal decision-making.  Now there is no seat at the table for Alaskans or our local knowledge.  Alaska’s own congressional delegation stood by as local Alaskan voices were removed from decisions that affect our lives, and now we are at the mercy of federal decision-makers only.  This does not benefit Alaska.  Rather, it only benefits the federal government and private interests who will financially benefit from silencing our voices and taking or polluting the resources that we, as Alaskans, rely on.

It is not clear why Order 13754, created and advocated for by Alaskans, was even revoked.  Order 13754 was not part of the Arctic Ocean Order that today’s Order purported to target, and there is no oil or even leases in the waters covered by Order 13754.  Despite this, a special paragraph, Section 4(c), was created in today’s Order specifically to target Order 13754.  There can be no other conclusion other than Alaska’s Tribes, and coastal Alaskans in particular, were targeted and silenced.  The message is clear: the agendas of the “existing regulatory authorities” are more important than our way of life.

This is particularly disappointing because many of our Elder Representatives sought out both the Administration and the Alaska Delegation this past January to talk and make certain they all understood that the people of coastal Alaskan wrote the terms in Executive Order 13574.  At our meetings, each member of the Alaska Delegation had the same message: they did not like process used by the previous Administration in issuing Order 13754, but were fine with at least most of the terms in it.  At the request of the Elders, each member of the Alaska Delegation even agreed to notify our communities if they learned that revocation of Order 13754 was even being discussed so that we could participate in the discussions.  We were never contacted.

The Bering Sea Elders Group condemns the Trump Administration for its actions, and is deeply distressed by the lack of communication from the Alaska Delegation.  “The Bering Sea Elders Group, that worked long and diligently to protect our 40 tribes along the Northern Bering Sea, are shocked and appalled by the action of President Donald Trump to eliminate the protections extended by President Obama under Executive Order 13754,” said Chuck Degnan from Unalakleet, Alaska, who was one of the Elder Representatives that advocated for Order 13754.

Another Elder, Frank Oxereok from Wales, Alaska, echoed these feelings of disappointment with the Trump Administration and the Alaska Delegation: “This is not good.  Everything we have worked for has pretty much gone out the window.  Indigenous people rely on resources in areas that we live.  This may destroy our way of life and I’m really disappointed in Lisa Murkowski who was standing next to the President when he signed this Order.”

BSEG Chairman Harry Lincoln from Tununak said, “We put the Senators and Congressman in D.C.  We have depended upon our Legislators for help and they did not do their job.  I feel like they are retaliating against us for getting this Order through the previous Administration.  I will never vote for these people again.”

Native American Rights Fund Staff Attorney Natalie Landreth, counsel to the Bering Sea Elders Group, said, “I assume the Delegation do not intend to run for re-election when their terms are out. Otherwise, they would not have taken such a drastic step to undermine the efforts of their own communities who fought long and hard for a seat at the table in federal decision-making. Who exactly are they serving here?  Because it is not their constituents, who are actually impacted by this reckless decision.” 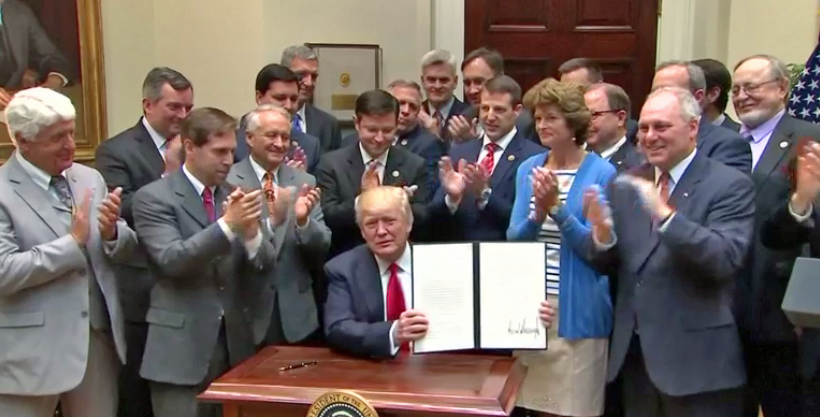