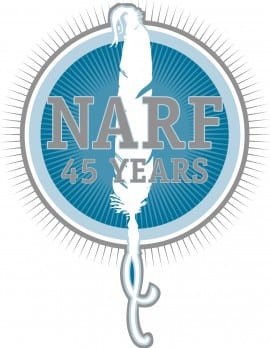 Every week this year we’ll be highlighting important moments in NARF history.

In the early 1980s, the Texas Kickapoo were existing in a debilitating state of limbo. Although most were members of the Kickapoo Tribe of Oklahoma, they were denied citizenship by both the United States and Mexico. Initially, NARF attorneys studied the band’s history and legal status to see if it could qualify for federal recognition. However, it was soon discovered that most Texas Kickapoo were enrolled as members of the Oklahoma Kickapoo Tribe and therefore, they could not qualify for federal recognition under the regulations established by the Bureau of Indian Affairs. NARF then turned its efforts to obtaining a land base and social services for the band.

In 1981, there were an estimated 500,000 Indians living in urban areas throughout the country. Many of these urban Indians qualified financially for legal assistance from urban legal services programs. However, some of their legal problems involved such issues as Indian child welfare and custody, Indian lands, Indian wills and probate, and other legal problems involving questions of “Indian law.” The Legal Services Corporation recognized this gap in legal representation of financially eligible urban Indians and awarded the Native American Rights Fund a five month grant to establish an “Urban Indian Pro Bono Project.”

In June 1981, a federal appeals court issued a landmark decision upholding the Pyramid Lake Paiute Tribe’s claim to sufficient water to maintain its fishery, the major source of livelihood to the Nevada Tribe. The decision was a significant victory, not only for the Pyramid Lake Paiute Tribe, but for Indian water rights generally. NARF Staff Attorney Robert Pelcyger stated, ‘The Court’s landmark decision maintains the Tribe’s prior and paramount water rights against the government’s water reclamation project. This should allow the Tribe sufficient water to maintain its lake and livelihood.”