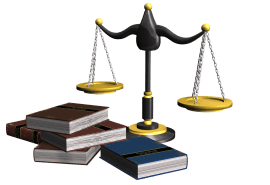 Each summer NARF hosts the summer clerkship program, a ten to twelve week program for second year law students. Law clerk projects consist mainly of legal research and writing. The projects are extremely challenging because NARF practices before federal, state, and tribal forums, and because most of its cases – whether at the administrative, trial, or appellate level – are complex and involve novel legal issues.

This past year the law clerk program was supported by the Confederated Tribes of Siletz Indians through the Siletz Tribal Charitable Contribution Fund, University of Denver-Sturm College of Law and the Ungar Foundation/Smith, Shelton, and Ragona LLC.

Jacqueline Jampolsky (Cherokee)
JJ is working towards (2013) a joint JD/PhD degree at CU Law (American Indian Law Certificate and Environmental Law and Policy). She obtained her BS, majoring in Conservation and Resource Studies and minoring in Global Poverty and Practice, from the University of California-Berkeley.

Lauren Frinkman (Cochiti Pueblo)
Lauren is a third year student at the University of California-Los Angeles (UCLA) School of Law where she is President of their NALSA chapter and a Board Member of the National Lawyers Guild. She obtained her B.A., majoring in Religion and minoring in German, from Colorado College. Lauren has been a Law Clerk with the Legal Aid Foundation of Los Angeles and a Public Interest Fellow with the American Civil Liberties Union of Colorado.

Claire Newman
Claire is a third year student at the University of Washington School of Law where she is President of their NALSA group, an Environmental Law Program Student Representative and the Pro Bono Project Director. She received her B.A. in Political Science from Carleton College. Claire has been a legal fellow for the Washington Environmental Council and in the Office of Senator Maria Cantwell. From 2007-2009 she was Assistant Director for the Lakota People’s Law Project. Claire has also been a middle school teacher at the Red Cloud Indian School on Pine Ridge.

DC Office
Ryan Ward (Cowlitz Tribe)
Ryan is a third year student at the University of Washington School of Law where he is Vice-President of NALSA chapter and a member of the Trustees for Alaska Pro Bono Project. He received his B.A. in History (Emphasis in Federal Indian Policy) from Willamette University. He has been a Judicial Intern for the Honorable W. Michael Gillette of the Supreme Court of Oregon and a high school tutor for students at the Chemawa Indian School.

Anchorage Office
Elizabeth Hutchinson
Elizabeth is a second year student at the University of Denver Sturm College of Law where she is a Representative of the Natural Resources and Environmental Law Society. She received her B.A. from the University of California at Davis where she majored in International Relations and minored in Comparative Literature. Elizabeth participated in 2011 Alternative Spring Break – DNA Legal Services. She worked in the Alaska office as part of Seattle University’s Study Law in Alaska Program.