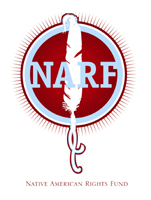 The South Carolina Supreme Court ruled today to deny the appeal filed by Dusten Brown and the Cherokee Nation of the Court’s July 17 order to expedite the transfer of custody of Veronica Brown to the South Carolina-based adoptive couple. One year ago, the South Carolina Supreme Court found that denying the adoption and awarding custody to Dusten Brown was in Veronica’s best interests. Today, that same Court summarily reversed that decision based on a two-year-old record and without providing a hearing for Veronica. Jacqueline Pata, executive director of the National Congress of American Indians issued the following statement in response to today’s ruling:

“The South Carolina Supreme Court has utterly failed to evaluate Veronica’s current best interests in this case and confirmed our worst fears – when it comes to Veronica Brown, standard adoption procedures do not apply. Apparently, the Court believes that there is no need to require the family court to hold a formal and thoughtful hearing to determine what is in Veronica Brown’s best interest. Like thousands of Native American children before her, Veronica now faces the prospect of being removed from her Cherokee family, without a formal consideration of her needs, her culture and her well-being. This is an alarming failure of the judicial system, and it represents a grave threat to all children in adoption proceedings, but most notably Native American children, who deserve all the legal protections, afforded any child in this nation.”

“The National Congress of American Indians refuses to stand by as the rights of this child are violated.  Together with the Native American Rights Fund and the National Indian Child Welfare Association we are preparing to file litigation in order to protect Veronica’s civil rights.  On behalf of all Native American children, we will pursue every legal option available to us to ensure that standard adoption procedures are upheld in this case.”

“Let me add that I believe the South Carolina Supreme Court has shown willful disregard for the facts when it claims Dusten Brown has not been involved in the life of his daughter. On the contrary, Dusten Brown has gone to extensive lengths to maintain his family and to care for Veronica. The Court’s willingness to ignore these facts and rush a resolution in this matter is deeply troubling.”