NARF Staff Attorney Jacqueline De León responded to the news, “We are thrilled to see that the unique obstacles faced by Native American voters are finally being included in the broader federal voting rights discussion and we thank Senator Leahy for his bold leadership. The John Lewis Voting Rights Advancement Act helps ensure that Native American and other minority voters are provided the same opportunities to participate as their neighbors. In doing so, the bill honors our democratic ideals, our shared desire for fairness, and our constitutional law.”

The John R. Lewis Voting Rights Advancement Act restores and updates the popular civil rights protections that were included in the Voting Rights Act of 1965. The Voting Rights Act of 1965 successfully prohibited discriminatory voting practices for decades, but a 2013 U.S. Supreme Court decision in Shelby Country v. Holder severely weakened the law. Subsequently, states and localities have pushed forward discriminatory changes to voting practices, including throughout Indian Country. A few months ago, the Montana Advisory Committee to the U.S. Commission on Civil Rights called a Montana 2021 voter suppression law “intentional discrimination” against Native Americans. The John R. Lewis Voting Rights Advancement Act will restore the protections of the Voting Rights Act and will set a much-needed baseline level of access for Indigenous people, people of color, elders, low-income people, and people with disabilities. 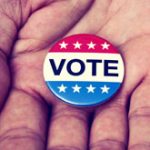 Please contact your Senators to express your support in them passing the new John R. Lewis Voting Rights Act (S.4) bill with the included provisions to protect Native American voting rights. You can determine who currently represents you and contact your Senator by clicking on the “Contact Your Member” link under the “Give Feedback on This Bill” to the right of the S.4 bill summary. Feel free to share information available at https://vote.narf.org/native-american-voting-rights-act-navra to explain how the NAVRA provisions in S.4 eliminate unique obstacles that currently restrict the participation and silence the voices of Native American voters.