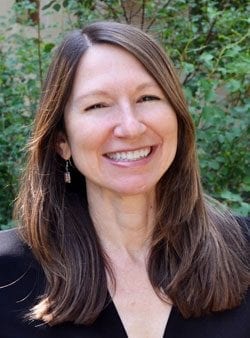 Sue joined NARF as a staff attorney in 2012. While working in private practice, prior to joining NARF, Sue teamed with NARF to work on behalf of the Nez Perce Tribe in the Snake River Basin Adjudication in Idaho and the Klamath Tribes in the Klamath Basin Adjudication (KBA) in Oregon. Both adjudications met with success—the first ending in a Congressionally-approved settlement and the latter securing resounding victories before Oregon’s Office of Administrative Hearings. Sue continues to represent the Klamath Tribes as lead tribal attorney in the Klamath County Circuit Court proceedings in the KBA.

In addition to her work in the United States, Sue also has substantial international experience. She is a former Director of the Indigenous Rights Project of the University of Denver’s International Human Rights Advocacy Center. She currently represents NARF’s client the National Congress of American Indians (NCAI) in international negotiations within the United Nations system, at the World Intellectual Property Organization (WIPO), seeking to secure protections for Indigenous Peoples’ traditional knowledge, traditional cultural expressions, and genetic resources. Since 2019, she has authored annual updates on the WIPO negotiations for the publication The Indigenous World, and she has also been an invited speaker at WIPO-sponsored events.  In 2020, Sue, in collaboration with NCAI and Prof. Kristen Carpenter of the University of Colorado School of Law (CU Law), organized two informational webinars on intellectual property issues related to protection of traditional knowledge and traditional cultural expressions for Tribal leaders, lawyers, and community members.  She is also the NARF lead for the NARF-CU Law Project to Implement the UN Declaration on the Rights of Indigenous Peoples in the United States.

Sue received her J.D. from the University of North Carolina at Chapel Hill, graduating with high honors, and earned an LL.M. in Environmental and Natural Resources Law and Policy from the University of Denver, Sturm College of Law, where she received several awards for scholastic excellence. Along with her former law professor, George (Rock) Pring, Sue has co-authored two book chapters on natural resource issues in international law published by Oxford University Press. She is licensed to practice law in Colorado, Oregon, and New York.

See Sue’s resume to learn more about her experience and credentials.