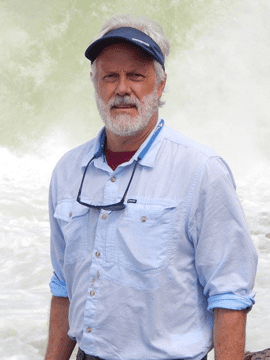 Steven C. Moore is a 1979 graduate of Colorado Law who began his legal career as a Vista Volunteer helping to establish the Indian Law Unit of Idaho Legal Services. In this capacity, he represented tribes and individual Indians in northern Idaho.  Moore also represented the Confederated Salish and Kootenai Tribes of Montana between 1981 and 1983.

Moore joined the Native American Rights Fund in 1983 as a staff attorney.

As a NARF staff attorney, Moore has represented Indian tribes in the following substantive areas:

In May 2016, Moore received an Honorary Order of the Coif award from his alma mater, Colorado Law, for his service to Indian Country and to the Indian Law Program at the law school.  Moore is also the 2008 recipient of the Pierce-Hickerson Award from the National Legal Aid and Defender Association of Washington, D.C. The award honors outstanding contributions to the advancement and preservation of Native American rights.

Moore directed the Indian Law Support Center at NARF from 1983 through 1995, when Congress cut funding for all 17 national support centers from the budget of the Legal Services Corporation. The Center provided litigation and training support for the nation’s 25 Indian Legal Services programs. Moore and NARF continue that work today with other funding.

Moore established the Indigenous Peacemaking Initiative at NARF a decade ago.  That program continues at NARF and is now directed by NARF Attorney Brett Shelton.

Moore also has served on the Colorado Commission of Indian Affairs since 1998 and the Advisory Committee to the Indian Law Clinic at the University of Colorado School of Law since its inception.

See Steve Moore’s resume to learn more about his experience and credentials.