Home / About Us / Michael Carter 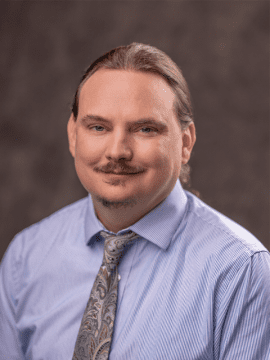 Michael joined NARF as a Staff Attorney in 2021 and is a member of the Citizen Potawatomi Nation.  Michael’s current practice with NARF includes litigating on behalf of tribes and tribal members in the areas of elections, voting, and redistricting.  Michael has spent his career representing tribal governments, serving as in-house counsel for the Gila River Indian Community of Arizona, as well as representing tribes across the country as an associate at Hobbs, Straus, Dean & Walker LLP and as a partner at Patterson, Earnhart, Real Bird & Wilson LLP.

Michael has extensive knowledge and experience in a broad range of issues affecting tribal governments, including: tribal housing, education, public safety, tribal lands, contracts, litigation, construction, tribal code drafting, and many other areas.  Michael has also worked at the Department of Justice–Office of Tribal Justice as well as the American Indian Policy Institute, and has fought for the rights of victims as a tribal prosecutor.

Michael grew up in Oklahoma and west Texas. He enjoys playing basketball, hiking, and spending time with his wife and two children.