Home / About Us / Melody McCoy 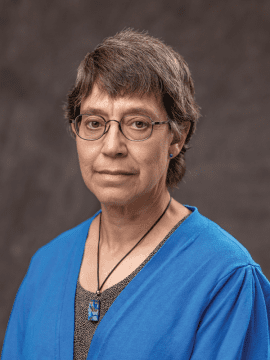 Melody joined the Native American Rights Fund (NARF) as a staff attorney in 1986. At NARF, Melody has worked primarily in the areas of jurisdiction in Indian country, tribal rights in education, tribal intellectual property rights, and tribal trust funds.

Melody received her undergraduate degree from Harvard University (1981) and law degree from the University of Michigan (1986). She is admitted to practice law in Colorado and Massachusetts. She has practiced before all levels of tribal and federal courts, including arguing a case before the U.S. Supreme Court. Melody is an enrolled member of the Cherokee Nation of Oklahoma.

See Melody’s resume to learn more about her experience and credentials.