Home / About Us / Matthew N. Newman 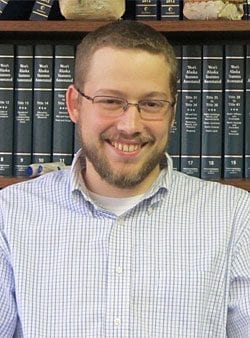 During law school, Matt was an officer in UM’s NALSA branch and the Managing Editor for the Public Land and Resources Law Review.  At graduation, he received the Eddie McClure Service Award from Indian Law Section of the Montana State Bar for his work as a student attorney for the Indian Law Clinic.  During law school, Matt clerked for the U.S. Attorney’s Office in Helena, Montana, where he worked on Major Crimes Act prosecutions pending before Montana federal District Courts and the Ninth Circuit Court of Appeals.  After graduation, he served as a law clerk for Superior Court Judge Carl J.D. Bauman in Kenai, Alaska.

At NARF, Matt works in the areas of the Indian Child Welfare Act, tribal court jurisdiction, voting rights, as well as tribal natural resources and subsistence.