Home / About Us / Joel West Williams 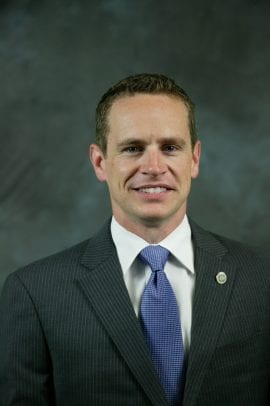 Joel, a citizen of the Cherokee Nation, grew up in Little Rock, Arkansas. He obtained degrees in Psychology and Religious Studies from Naropa University. At Naropa, he was awarded the President’s Leadership Scholarship and his senior project in the religious studies department focused on Cherokee history and religion. Joel earned his J.D. at Widener University School of Law, where he was a student attorney at the environmental law clinic and represented citizen groups pursuing lawsuits under the Clean Air Act, Clean Water Act, and Administrative Procedures Act. He was also awarded a certificate of achievement by Joseph R. Biden. Additionally, he earned an LL.M. in Environmental Law from Vermont Law School and wrote his thesis on tribal treaty rights to water quality.

After graduating from law school, Joel was Assistant Counsel with the Pennsylvania Governor’s Office of General Counsel, where he represented the executive branch as a trial and appellate attorney. Immediately before joining NARF, Joel was Senior Legislative Officer with Cherokee Nation and director of the tribe’s Washington, DC office.

See Joel’s resume to learn more about his experience and credentials.