Home / About Us / Erin Dougherty Lynch 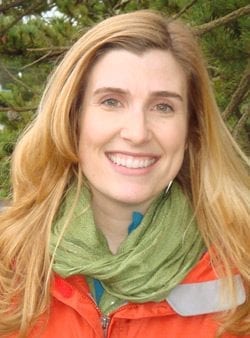 Erin leads NARF’s tribal child welfare work and is heavily involved in national efforts to protect the Indian Child Welfare Act (ICWA). With co-counsel she has authored tribal amicus briefs in all three of the federal court challenges to ICWA, including, most recently Brackeen v. Haaland. Since 2010 she has represented the Bering Sea Elders Group, a consortium of thirty-eight Yup’ik, Cup’ik, St. Lawrence Island Yupik, and Inupiaq Tribes in Western Alaska that work to protect the traditional resources of the Bering Sea.

She joined the Native American Rights Fund in 2009 as a Skadden Fellow, following a clerkship with the Honorable Dana Fabe, then Chief Justice of the Alaska Supreme Court. Erin received her J.D. from the University of Michigan Law School where she was the co-chair of Michigan’s Native American Law Students Association, served on the National Advisory Committee for Equal Justice Works, and served as an Article Editor and the Administrative Manager for the Michigan Journal of Gender & Law. Erin received her B.A. from Willamette University and was a Fulbright Scholar based at the University of Tromsø in Tromsø (Romsa), Norway where she conducted masters-level research on indigenous political mobilization and self-governance.

Erin is a member of the Alaska bar, as well as the bars of the U.S. Supreme Court, the United States Courts of Appeals for the Fourth, Fifth, Eight, Ninth, Tenth, and District of Columbia Circuits, and the U.S. District Court for the District of Alaska. Erin also serves on the Alaska Bar Association’s Committee for Pro Bono Service and the Committee on Fair and Impartial Courts, and is a member of the Alaska Court System’s Court Improvement Program and Chair of its ICWA Subcommittee.