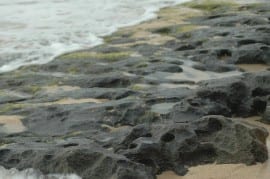 Although only a fraction of their original territories, many tribes still control vast areas of land and water. Some tribal lands contain extractable resources such as oil, gas, and timber. Other lands are used for hunting, fishing, livestock grazing, and agriculture. The political and economic self-determination and self-sufficiency of most tribes depend on maintaining their land and natural resources. Much of NARF’s work under this priority involves helping tribes to safeguard their land rights; water rights; hunting, fishing, and gathering rights; resource rights; and environmental rights.