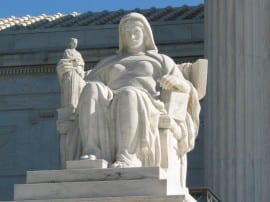 Non-tribal governments often threaten to eliminate or compromise the hard-fought-for or bargained-for political status and legal rights of tribes. NARF strives to hold governments at all levels accountable for the broad range of laws that protect tribal sovereignty and Native rights. The United States, in particular, must be responsible to tribes for its legal promises, moral obligations, and past detrimental policies.