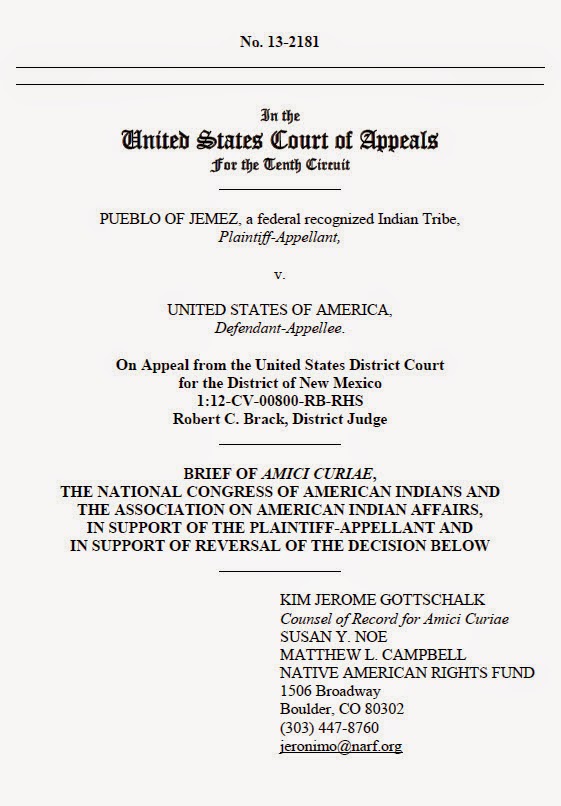 Earlier this month NARF filed an amicus brief on behalf of the National Congress of American Indians (NCAI) and the Association on American Indian Affairs (AAIA) in Pueblo of Jemez v. United States, a case currently before the Tenth Circuit Court of Appeals.  The amicus brief was in support of the Pueblo, and the question at issue is an important one.