On Friday, April 11 at 7:30pm, NARF will co-sponsor the Niwot Native American Film Festival showing of Once We Had a River, a Native American social justice film by Jack Kohler and Anecita Agustinez.  Please join us!

In 1880, five tribes were moved onto reservations along the San Luis Rey River through treaties enforced by the United States. Then in 1895, a diversion dam was built on the La Jolla Indian Reservation without their consent, diverting all of the water for the five reservations, to the newly founded City of Escondido. The United States sanctioned that act, uncontested until 1967. Then the newly formed California Indian Legal Services filed a lawsuit on behalf of the tribes. For forty seven years CILS and the tribes have been fighting for water that once ran through their reservations. Today, they must buy back that water from the City of Escondido. Once We Had a River uncovers the history of this struggle. 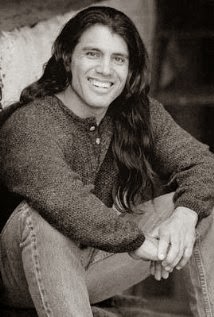 Film maker Jack Kohler is a Hoopa Tribal member from Northern California whose people reside along the Klamath and Trinity rivers. Jack is the Media Director for the United Auburn Indian Community tribal school. He has worked for the American Indian Film Institute mentoring students on reservations and rancherias in California on how to make films.  He has been an independent producer for Native American Public Telecommunications since 2000.  Jack graduated from Stanford University with a Civil Engineering degree. He became a member of the Actor’s Equity Association in 1995 and became a SAG actor in 1997. He was the lead in the Outdoor Epic Drama Tecumseh for 5 summers before he began producing films. He won the Eagle Spirit award from the American Indian Film Festival in 2006. He co-produced California’s Lost Tribes and River of Renewal which is currently still being aired on PBS. Awards include Cine Award and Best Documentary Feature at the American Indian Festival and the Native Film Festival of South Carolina. He co-directed, co-wrote and edited Behind the Door of a Secret Girl which has won 14 awards to date. His series On Native Ground began airing in 2012.