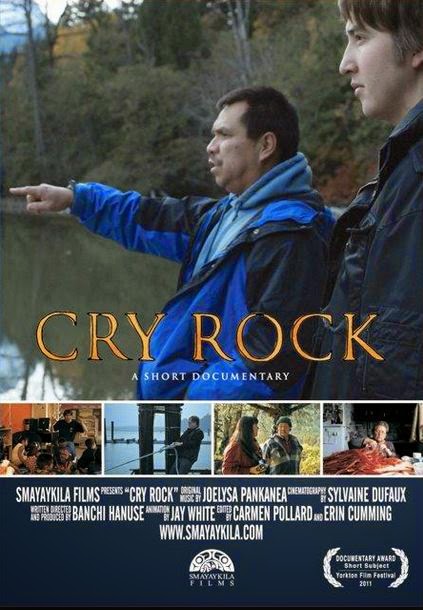 NARF is proud to co-sponsor another Indigenous Film @ Su Teatro, a monthly indigenous film series.  NARF co-sponsors the series with the International Institute for Indigenous Resource Management and the Denver American Indian Commission.  The August 13 program will be a screening of Cry Rock (Kwanatulhayc) and Mémère Métisse/My Métis Grandmother.  The event will take place at 721 Santa Fe Drive in Denver.  Doors open at 6:00pm and the films begin at 6:30pm.

Cry Rock (Kwanatulhayc) is directed by Banchi Hanuse (Nuxalk).  Fewer than fifteen Nuxalk language speakers and storytellers remain in Bella Coola, British Columbia, including the director’s 80-year-old grandmother.  In a technologically driven century, it would seem easy to record her stories for future generations, but can an electronic recording can capture the true meaning and value of these oral traditions. Cry Rock illuminates the intersection of Nuxalk language, story, history and place to reveal how and why the stories are so much more than the mere recording of words.  The film is in English and Nuxalk with English subtitles. (Smayaykila Films, 2010, 29 min.).  For more information, click here.

Mémère Métisse/My Métis Grandmother is directed by Janelle Wookey (Métis).  All her life, Cecile St. Amant concealed her Métis heritage.  Now her granddaughter, the filmmaker, lovingly leads her to a new way of thinking, letting us share the journey through her camera’s eye as she tries to coax Cecile not only to accept, but to take pride in her Métis heritage. (Janelle Wookey Productions, 2008, 30 min.).  For more information, click here.