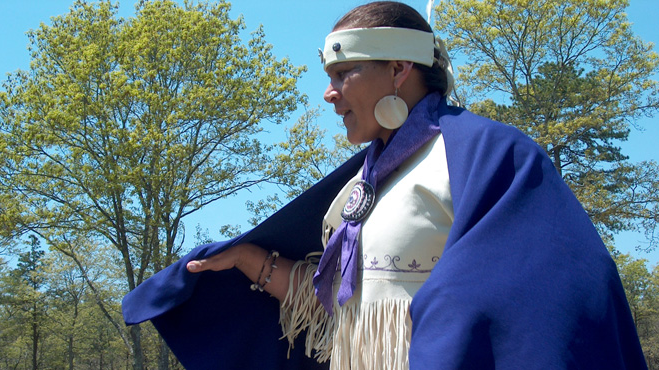 NARF is proud to co-sponsor another Indigenous Film @ Su Teatro, a monthly indigenous film series.  NARF co-sponsors the series with the International Institute for Indigenous Resource Management and the Denver American Indian Commission.

Please join us on Wednesday, September 10 for a screening of Âs Nutayuneân: We Still Live Here.  The event will take place at 721 Santa Fe Drive in Denver.  Doors open at 6:00pm and the film begins at 6:30pm, with a discussion about language, culture, and identity after the film.

Âs Nutayuneân: We Still Live Here was directed by Anne Makepeace.  This insightful documentary tells a remarkable story of cultural revival by the Wampanoag Indians of Southeastern Massachusetts.  Their ancestors ensured the survival of the first English settlers in America, and lived to regret it.  Centuries later, Jessie Little Doe Baird had dreams in which her ancestors spoke to her in Wampanoag, a language that hadn’t been used for over 100 years.  Now the Aquinnah and Mashpee Wampanoag communities are bringing their language home again, saying loud and clear in their Native tongue, Âs Nutayuneân, “we still live here.”  For more information on the film, follow this link.