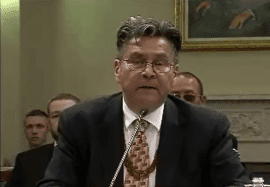 Today The Honorable Lee Wallace, President of the Organized Village of Saxman (OVS), testified before the U.S. House Subcommittee on Indian, Insular, and Alaska Native Affairs at a hearing on H.R. 2388, “[t]o reverse the designation by the Secretary of the Interior and the Secretary of Agriculture of certain communities in the State of Alaska as nonrural.”

NARF represents the Organized Village of Saxman in its efforts to reinstate its rural status and its subsistence harvest priority. A copy of President Wallace’s testimony and a video of the hearing are both available online.