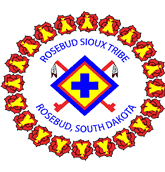 Greetings my friends and relatives,

Čante wasteya nape čiuzapelo (I take your hand in friendship). As the elected President of the Rosebud Sioux Tribe, I write regarding a critical issue affecting not only our Tribe, but all of the United States.  The Rosebud Sioux Tribe—also known as the Sičangu Lakota Oyate—is one of the seven tribes that make up the Očeti Sakowin (the Seven Council Fires of the Lakota people).  Together with the Fort Belknap Indian Community, we brought a lawsuit to stop the construction of the Keystone XL pipeline through our territories.

We are ensuring that TC Energy (TransCanada) follows and respects our law. We have been mistreated in this process, and TC Energy has never sought or obtained our consent to build a pipeline in our territory, including on lands held in trust by the United States.  In granting a permit for the pipeline, the President has ignored his obligation to protect the Rosebud Sioux Tribe in direct violation of the Fort Laramie Treaties of 1851 and 1868, ignored federal right of way and mineral statutes, and ignored basic principles of federal Indian law.

Although TC Energy had twice been denied a permit for the Keystone XL pipeline, on January 24, 2017, President Trump invited TC Energy to resubmit its application.  Once resubmitted, the U.S. State Department did not bother to seek any new information or public comment, but instead quickly granted TC Energy a permit.  Now, after the courts have told the United States it must follow the law, President Trump has attempted to circumvent the courts by issuing a new permit.  But, the President must comply with the Treaties, and TC Energy must comply with Rosebud law.

Like that of the United States, the Rosebud Sioux Tribe also has laws that require us to ensure that any company seeking to build a pipeline in our territory must obtain our consent.  We must ensure our people are safe, and that the economic security, health, welfare, and general well-being of Rosebud and our members are protected.

TC Energy must follow the law, and that includes our laws and regulations with respect to the construction of this pipeline.  Our Land Use, Environmental Protection, and Public Utilities Codes directly apply, and TC Energy has failed to comply with them.  To that end, the Rosebud Sioux Tribal Utility Commission will be holding a public hearing on Tuesday, May 28, 2019, and Wednesday, May 29, 2019, to address the Keystone XL pipeline and its impacts on our territory and people. We invite anyone interested in providing testimony to attend.  For those of you that will not be able to attend, I ask that you submit a letter about your concerns and in support of our lawsuit.

The promises made to the Rosebud Sioux Tribe, as well as the Oceti Sakowin, were broken before the ink on Fort Laramie treaties dried.  The lands, water, and promises made in those treaties were paid for, literally, with the blood of our ancestors and relatives.  The obligation of the United States to uphold those treaties is paramount, and Keystone XL’s current path cannot be approved without the Sičangu Lakota’s consent.

Hečetu yelo. (This is true.)

Read more about the illegal permitting of the Keystone XL Pipeline.