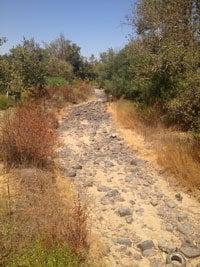 After almost 30 years of advocacy, the Tule River Indian Tribe, represented by NARF, successfully settled its water rights in November 2007 by signing a Settlement Agreement with water users on the South Fork Tule River of California. The Settlement Agreement secures a domestic, municipal, industrial, and commercial water supply for the Tribe. The Tribe now seeks federal legislation to ratify the Settlement Agreement and authorize appropriations to develop the water rights through the creation of water infrastructure and reservoirs on the Tule Reservation. Bills introduced in the House and Senate in 2007, 2008, and 2009 did not pass. With the present Congress, we are once again engaged in strategy meetings with the California Congressional delegation regarding the possible introduction of a water settlement bill in calendar year 2013.  Due to redistricting, the Tribe’s member of the U.S. House of Representatives has changed from Devin Nunes to Kevin McCarthy.  Additionally, we are continuing work with the federal Bureau of Reclamation on necessary studies for the feasibility and design of the Tribe’s water storage project.