On March 20, 2015, the Bureau of Indian Affairs (BIA) issued proposed regulations guiding the application of the Indian Child Welfare Act (ICWA) for state courts and public and private agencies.  These proposed rules are long overdue and are critically important to the effort to protect Native children, tribes, and families.

The proposed regulations complement the revised Guidelines for State Courts and Agencies in Indian Child Custody Proceedings released this February. The guidelines were revised for the first time since their initial publication in 1979. With a stronger force of law than the guidelines, the proposed federal regulations explain how the agency intends to interpret the law and clarifies standards of practice that will be enforced. The BIA has never issued substantive regulations that directly pertain to ICWA implementation before this year.  The new guidelines and regulations address issues that states and agencies have grappled with for the past 36 years.

NARF fully supports the proposed regulations, and we ask you to support them too.  It is time for you to have your voice heard on this historic issue.

Here are four things that you can do help: 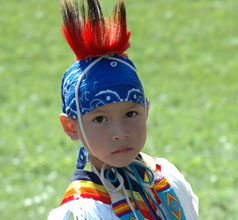 #1. Submit your comments to the BIA by May 19th.  Comments can be submitted by email at comments@bia.gov.  Be sure to write “ICWA Regulations” in the subject line. Alternatively, you can comment at the regulations.gov website (use the blue Comment Now link in the right column).

#2. Please attend an upcoming public hearing or tribal consultation, share your stories, and express your support for the regulations.  Find an upcoming event.

#3. Forward this message to your friends and family  and ask them to submit written comments and attend the public hearings and tribal consultations.

#4. Share this message on social media using the tag #ICWA.