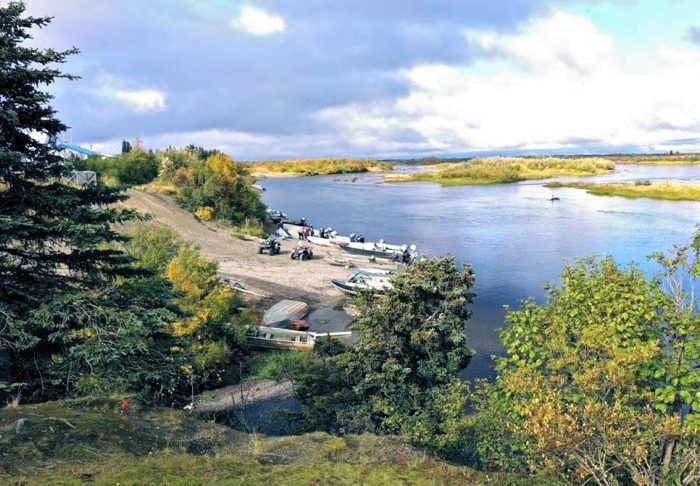 Bristol Bay Tribes, fishermen, and communities are pleased to see today’s announcement from the Environmental Protection Agency (EPA) regarding revised proposed protections for our lands and waters.

EPA announced it will publish its “revised proposed determination” on May 26, outlining potential Clean Water Act protections for Bristol Bay. This momentous announcement comes more than a decade after Bristol Bay Tribes, Alaska Native corporations, fishing and other stakeholders initially petitioned the EPA to use the Clean Water Act to protect the region from the threat of large-scale mines like Pebble. Today’s announcement is an exciting and overdue step toward permanent protections.

According to EPA, the revised determination will prohibit and restrict discharges of dredged or fill material associated with mining at the Pebble deposit. Bristol Bay regional organizations look forward to reviewing the determination and providing further response in a June 1 press event (details below).

In its announcement, the EPA detailed upcoming opportunities for the public to weigh in on these protections. Bristol Bay organizations are urging the EPA to truly listen to Bristol Bay’s people and communities about the protections needed to ensure that this action truly safeguards the way of life that has sustained our region since time immemorial.

EPA said it will take written public comments on the revised proposed determination from May 26 through July 5, and will hold public hearings as follows:

UTBB Executive Director Alannah Hurley: “As stewards of these lands and waters since time immemorial, our people welcome this step towards permanent protections for our waters and way of life. Today’s announcement by the EPA is a good start in this effort. It’s clear the science supports the need for our region’s headwaters to be protected from a mine like Pebble’s impacts, at the site and downstream. We appreciate EPA’s efforts to address the threat Pebble poses to our lands, waters and way of life in Bristol Bay, and hope to see the agency finalize strong protections this year.”

BBNC President & CEO Jason Metrokin: “Bristol Bay Native Corporation welcomes EPA’s announcement today. This proposal is good news for Bristol Bay, and it could not come at a more opportune time, as millions of sockeye salmon return to their home waters and the people of the region ready their nets to once again engage in annual subsistence and commercial fishing activities. Nevertheless, no one in Bristol Bay will rest until this 404(c) action is finalized. We look forward to participating in the public processes that will lead to a final determination before the end of the calendar year.”

BBEDC Board Chair Robin Samuelsen: “EPA’s announcement that it is working on protections for our home is great news. There is no safe place to store mine waste at the headwaters of Bristol Bay, and EPA’s action must prevent this in any of the critical subwatersheds that support the productivity of our wild salmon and all they sustain.”

BBNA Acting President & CEO Bruce Baltar: “We are thankful EPA has released its proposed determination, which is an important step towards protecting the Bristol Bay watershed from large scale mining. Bristol Bay people have sought such protections for more than two decades, and today’s announcement brings us another step closer to that goal. We urge the EPA to listen to the science and to the people of Bristol Bay to finalize strong comprehensive protections for our communities and way of life.”

NOTE TO MEDIA: Bristol Bay leaders will host a press conference & virtual townhall on June 1 to discuss the details of EPA’s proposal & next steps. Members of the media can attend in-person at the Curyung Tribal Council Office in Dillingham, or via Zoom; the public is invited to tune in via UTBB’s Facebook Live. A media advisory with further details will be provided May 30, and audio/video recordings will be available after the event.