at the Native American Rights Fund

This Thursday • An Arapaho Woman’s Perspective on Local History 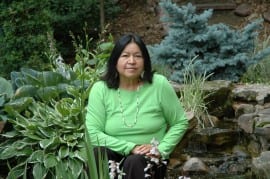 Longtime Boulder resident and filmmaker Ava Hamilton will present an informal talk offering her personal view of local history as an Arapaho woman. Ava is the director of Everything has a Spirit, which premiered at the 1994 Sundance Film Festival and won the First Place Documentary Award at the 1994 American Indian Film and Video Competition in Oklahoma City, Oklahoma. She attended Southwestern State University in Weatherford, Oklahoma, and the University of Colorado, Boulder. Since 2005 she has taught video production classes at Rough Rock High School on the Navajo Reservation. She trained as a filmmaker at the Anthropology Film Center in Santa Fe, New Mexico. Hamilton is the president of the Native American Producers.