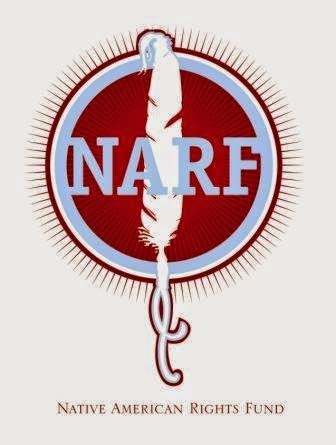 ANCHORAGE— In an historic victory for Alaska Native voters, a Federal Court in Anchorage found the State of Alaska violated the Voting Rights Act by failing to provide translations of voting materials to voters whose primary language is Gwich’in or Yup’ik in the Dillingham, Wade Hampton, and Yukon-Koyukuk Census Areas.  United States District Court Judge Sharon Gleason issued the decision today after presiding over a two week trial in June and July.

Last summer, the Native American Rights Fund (NARF) and the national law firms Wilson Elser LLP and Bingham McCutchen LLP, acting on behalf of four tribal councils and two Alaska Native voters, filed the lawsuit.  In the complaint, Plaintiffs Mike Toyukak of Manakotak, Fred Augustine of Alakanuk, the Native Village of Hooper Bay, the Traditional Village of Togiak, the Arctic Village Council, and the Village of Venetie Council asked the Court to order state election officials to comply with the language assistance provisions of the Voting Rights Act and the voting guarantees of the Fourteenth and Fifteenth Amendments to the United States Constitution.

The Alaska Native plaintiffs filed the lawsuit three and a half years after the State of Alaska settled a similar lawsuit filed by Native voters from the Bethel region in Nick, et al. v. Bethel, et al.  The evidence at trial established that state election officials made a policy decision to only provide limited, if any, language assistance to Native voters in the three regions immediately adjacent to the Bethel area.  Under Section 203 of the Voting Rights Act, state election officials are required to translate ballots and other election materials and information into Gwich’in and Yup’ik.  Officials also must provide trained bilingual staff to register voters and to help voters at the polls through complete, accurate, and uniform translations.

Judge Gleason found that the State fails to provide limited-English proficient Alaska Native voters with voting information substantially equivalent to what voters receive in English, in violation of Section 203.  The State places much of the burden for translations on “outreach workers” from Native villages in the three regions.  Judge Gleason determined that those workers are asked by the State to provide only limited translations, with no instructions to translate the Official Election Pamphlet the State sends out before each election.  Judge Gleason noted that the State compounds these violations through its limited efforts to inform voters that language assistance is available.

Furthermore, Judge Gleason found that the State fails to translate voting information into dialects of Yup’ik spoken in the Dillingham and Wade Hampton regions.  Instead, the State only offers a single translation into the Central Yup’ik dialect that is not widely spoken and has “limited value” in villages outside the Bethel region.  The State has been informed about the dialectical differences many times over the years, but has taken no action.  Judge Gleason concluded that the State’s failure to account for other dialects of Yup’ik denies voters outside the Bethel area information they need to cast an informed ballot.

Judge Gleason alluded to the State’s longstanding violations of Section 203.  She observed that the State previously settled the Nick litigation involving similar claims in the Bethel area.  She further noted that the State has had a “rocky road” with the United States Department of Justice since first becoming covered by Section 203 in 1975.  Except for 2008, when the State translated only two out of four ballot questions, Judge Gleason found that no Gwich’in translations have been provided in the Yukon-Koyukuk region beyond what individual translators might communicate.  No Gwich’in audio translations are provided on touch-screen voting units.

Natalie Landreth, counsel for the Plaintiffs, said that “this case boils down to one issue.  English speakers receive a 100-page Official Election Pamphlet before every election and Yup’ik speaking voters have been receiving three things: the date of the election, the time of the election, and a notice that langauge assistance will be available at the poll.  That’s it.  That is a very clear violation of the law, and it has to change, now.”

James Tucker, co-counsel for the Plaintiffs, stated, “This is a tremendous victory for Alaska Native voters.  Nearly forty years after Alaska was first required to provide election information in Native languages, that promise remains unrealized.  The Court’s decision marks an important step towards ensuring that all voters in Alaska have an equal opportunity to exercise their fundamental right to vote.”

Richard de Bodo, co-counsel for the Plaintiffs, added, “For many years, Alaska Natives with limited English proficiency have been forced to participate in the electoral process with far less information about what they were voting for than their English-speaking counterparts. The Court has changed that today, and has recognized that the right to vote requires meaningful and equal access to information.”

Seven regions of Alaska, including the Dillingham, Wade Hampton, and Yukon-Koyukuk regions, are required to provide translations for Alaska Natives under Section 203, the language assistance provision of the Voting Rights Act.  Section 203 applies to states and localities that meet certain threshhold requirements for the numbers of citizens with limited English proficiency.  Two additional regions of Alaska have to provide language assistance in non-Native languages.