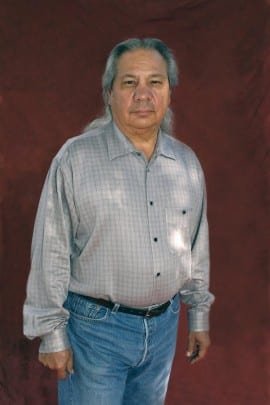 WASHINGTON D.C.-On March 29, 2007, NARF Executive Director John Echohawk testified before the United States Senate Committee on Indian Affairs on the tribal trust funds class action lawsuit against the Department of the Interior. NARF filed a case in the U.S. District Court for the District of Columbia for full and complete trust fund accountings on behalf of eleven named plaintiff tribes, Nez Perce Tribe, et al. v. Kempthorne, et al., which seeks class action status on behalf of all other tribes that did not file their own cases for full and complete accountings and that do not wish to exclude themselves from the class for their own reasons. As discussed here in brief, Mr. Echohawk’s testimony addressed three points.

2. The Administration’s Proposal of March 1, 2007 is Unacceptable: NARF has reviewed carefully the Administration’s proposal to settle Indian trust litigation as set forth in the letter from Secretary Kempthorne and Attorney General Gonzales to the Senate Committee on Indian Affairs dated March 1, 2007. The March 1, 2007 proposal proposes to resolve all Indian trust litigation and other trust reform matters for an “investment” of $7 billion or less. In comparison, it was not that long ago when the government expended $125 billion to bail out the savings and loan institutions industry from a scandal in which the government had no fiduciary trust obligations.

The Administration’s proposal is unacceptable for reasons that include: 1) the proposal was developed without consultation with tribal governments; 2) the proposal seeks to resolve arbitrarily trust claims which never have been adequately analyzed or valued due to the government’s failure to provide full and complete accountings; 3) the proposal would set unprincipled and impractical limits on federal liability for any and all tribal claims of past and present federal neglect and mismanagement of tribal trust accounts and resources, and it would preclude any future liability for such claims; and, 4) the proposal would negate thirty-five years of federal law and policy promoting Indian self-determination and adhering to federal-tribal government-to-government relations by forcing on tribes involuntary termination of the federal trust responsibility.

3. Exploration of Legislative Settlement Efforts that Tribes Can Support: NARF believes tribes are committed to further educating the Committee about their trust claims, which are legitimate legal claims notwithstanding attempts to label them as “unreasonable.” Any legislative settlement effort must respect the claims, rights, and options of each tribe, including the prerogative of tribes to pursue their own claims in court, in alternative dispute resolution forums, in administrative settings, through negotiated settlements, or through other forms of claim resolution. As long as legislative settlement provisions are voluntary for each and every tribe, at least some tribes and their attorneys are willing to work together to help the Committee determine what, if anything, can be done legislatively to resolve tribal trust claims.