In 2016, Arizona made it a felony in most cases to return someone else’s voting ballot to election officials—a practice known as “ballot harvesting.” Today, a federal appeals court rightly ruled that …

This is a big win for voting rights advocates and Arizona voters. NARF has consistently opposed any measures that criminalizes picking up or dropping off a ballot for another voter. Native voters often rely on community members to collect and transport their ballots. It is very common in rural Native American communities for friends and family to carry ballots for friends or family who are unable to travel to distant polling places and drop-off boxes. 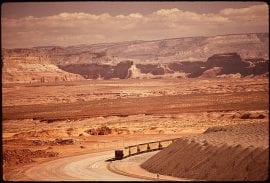 In Arizona specifically, some Navajo Nation homes are unmarked and do not receive regular mail service. They rely on P.O. Boxes. Those facilities are often far away from where Native voters live. The Intertribal Council of Arizona has testified that rural post offices are often 20 miles or more away from tribal communities.

In addition to distance, roads in reservation communities can be impassible during bad weather, which is common during the November election season. Native American voters are also more likely to not have a vehicle or the transportation needed to reach polling locations, and they are more likely to have job constraints that keep them from reaching the polls. Given these obstacles, returning a ballot with a community member, so-called “ballot harvesting,” is a necessary tool that Native voters in rural communities frequently use to exercise their right to vote.

However, Arizona claimed that their law would minimize voter fraud and ballot tampering. The court did not accept that argument. The court’s ruling rightly points out:

We applaud the 9th Circuit’s decision in this case. NARF will continue to oppose any attempts to suppress Native American votes and block equal access to political participation. All voices must be heard to achieve a healthy democracy.